Mosquito Infestation In Florida After Ian Is Bringing Health Concerns 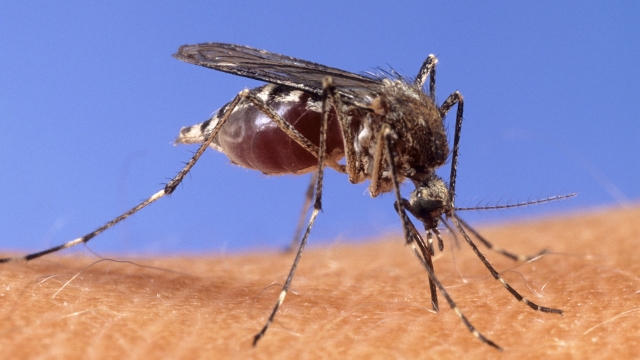 In the wake of Hurricane Ian, mosquitoes are creating one more layer of challenge for people already facing so many other hazards.

"They're here. They're thick. Fortunately for me, I do have air conditioning. And so I'm inside, trying to dry out from the inside out," said Steve Zaubi, an Isle of Capri resident.

Eric Jackson knows mosquitoes too. He's the deputy director of the Lee County Mosquito Control District. He also knows hurricanes, but he's never seen anything like the devastation in his community.

"Anyone who's spent time in Florida, you know that there is some type of mosquito control going on, because otherwise you wouldn't be in Florida," said Jackson. "You're seeing that there's just so much debris that's been put on on roadsides and stuff waiting to be collected. Those are places that can collect water, and those mosquitoes can can lay their eggs, and they can grow. They're out there, and they're everywhere."

And they're more than just an annoyance.

"You get a lot of water out there where the mosquito that lays its eggs on the water is one that's a vector of West Nile virus," said Jackson.

Before Ian, Volusia County on the east coast of Florida issued an alert after multiple cases of West Nile virus were confirmed.

"That's really probably the biggest concern is that we want to make sure that we get out there and knock down those mosquitoes as quickly as we can, so we don't have an issue," said Jackson.

These areas are soggy with plenty of new standing water. That matters.

"When the water is there all the time. It's not really a problem for mosquitoes because there's usually fish and other things that are in there that are eating up that mosquito larvae. It's the temporary places where this was dry before. And then now it's filled with water," said Jackson. 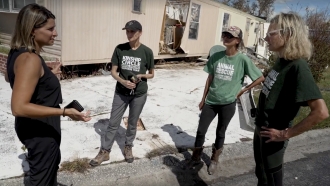 A Disaster Group Is Helping Animals Left Behind After Hurricane Ian

It means a perfect breeding ground for mosquitoes. Jackson's team has a full fleet out in force.

"We're working all day. We've got planes out at night, and we're going all through the weekend," said Jackson.

They do surveillance, trapping and other analysis and then treat on the ground and from the air.

"It's a very fine droplet that kind of spins through the air and then lands on the mosquito's exoskeleton as it's flying, and drops them down," said Jackson.

But that doesn't attack mosquitoes that are about to hatch. And now, days of rain — and debris collecting that rain — could mean even more. The storm also means future challenges when it comes to mosquito control.

"It changed the landscape. So, you know, for for years and years and years, our biologists have have learned the places where mosquitoes tend to grow based on how the tides work and where the low spot spots are on the island. That's changed. There could be places now that breed mosquitoes that weren't breeding them before. So it's really going to be about kind of relearning those areas and figuring out 'okay, how did this storm impact where these mosquitoes will be growing that not just now but in the future?'" said Jackson.

And it's not just mosquitoes people here need to worry about. Ian brought storm surges as high as 15 feet, and waterways were contaminated. The excess water leads to a mold and mildew concern in low lying areas.

"The island drained it relatively quickly, but there's still a lot of standing water. And unfortunately, the humidity too. So now you have to deal with the mold, particularly inside the structures. A lot of people, they just threw the food and everything else they have in their refrigerators are thrown out into the street or you know, in their piles. So you've got a situation here that's just not conducive for a healthy environment," said Zaubi.

That's why crews like Jackson's are working from the air and beyond to lessen one of those health hazards so people can focus on the work ahead. 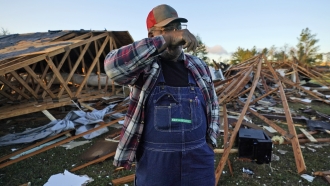