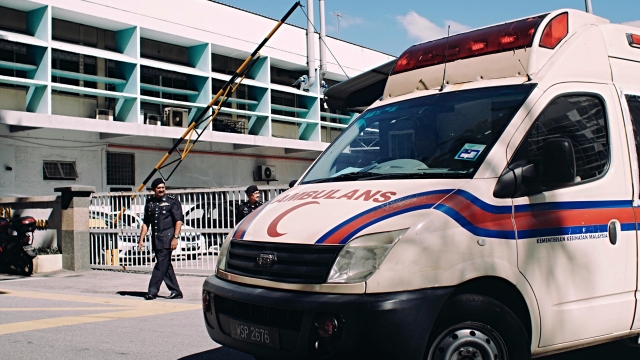 Kim Jong-nam is the older half brother of Kim Jong-un, the leader of the Democratic People's Republic of Korea. He's been estranged from his family for several years. The eldest son of former North Korean leader Kim Jong-il, Kim Jong-nam lost favor within his family after getting caught in Tokyo with a fake passport in 2001. He claimed he wanted to visit Disneyland. Since then, he's denied any interest in holding power in North Korea.

The morgue where Kim's body is supposedly held was broken into late at night, just days after his apparent assassination. Police say they have identified the would-be burglar, but they haven't revealed who it is.

Two women have been arrested in connection with his death. Airport surveillance video shows them approaching Kim from behind and wiping something on his face. Royal Malaysia Police Inspector General Khalid Abu Bakar said in a press conference that the women most likely new they were applying poison since one is seen rushing toward a bathroom, hands stiffly to her side, after approaching Kim.

According to early reports, the women claimed they were a part of a Japanese reality prank show, and their interaction with Kim was not intended to cause harm. He died later in a hospital.

Two men have also been arrested in connection with the death.