More Troops May Be Sent To The US-Mexico Border 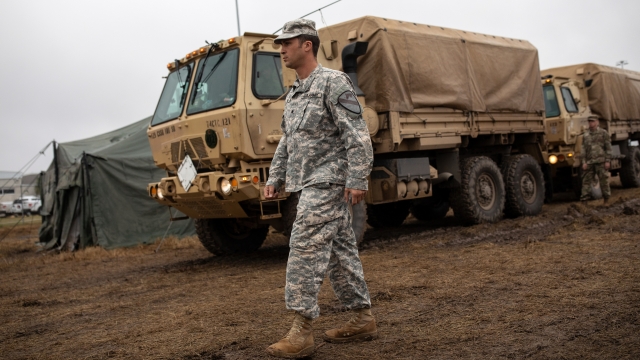 President Trump told reporters Wednesday that he's "going to have to call up more military."

More U.S. troops might soon be heading to the U.S.-Mexico border.

While attending a Texas fundraiser on Wednesday, President Donald Trump said he's "going to have to call up more military" after talking with donors about migrants who've died after illegally crossing into the U.S.

The president's statement comes after U.S. Customs and Border Protection announced it apprehended more than 92,000 people between ports of entry along the southern border in March — that's the highest number of monthly arrests in more than a decade.

Multiple outlets report there are roughly 5,000 active-duty and National Guard troops currently deployed near the border.

When asked about President Trump's comments, a Pentagon spokesman told reporters, "We support our federal partners."

On Wednesday, acting Defense Secretary Patrick Shanahan told reporters he thought the high number of migrants trying to cross the border would lead the Department of Homeland Security to request more assistance from U.S. troops.