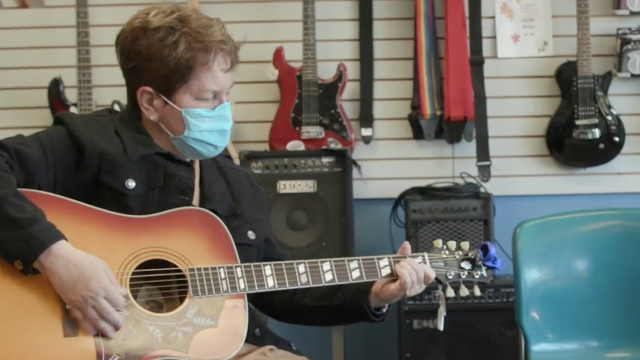 Like so many small business owners, she has struggled to stay open through the pandemic.

"It's been horrible," Senecal said. "I don't want to close the store and put 14 people on unemployment."

In April, the U.S. Small Business Administration invited Senecal to apply for a new round of federal COVID aid, up to $10,000 she would not need to pay back.

She went for it.

Weeks later the SBA rejected her application with a weird explanation.

The agency told her one reason she didn’t qualify was she had failed to pay child support.

She said she has never owed child support and has never had any children.

Senecal is among dozens of small business owners who contacted Newsy to say the SBA turned them down for reasons that just aren’t true.

The SBA told the California hairstylist she didn’t qualify for relief because she’s not a U.S. citizen — even though she was born in California.

She shared her birth certificate with Newsy and the SBA to prove it.

"The people that answer the phone — the reps — they have no clue what’s going on," Quinones said.

Others can’t get funds because the government says they’re not really alive.

An SBA official speaking on the condition of Newsy not use his name said since February, 1.1 million small business owners have applied for a new round of Targeted Economic Injury Disaster Loan (EIDL) Advance funds.

The SBA official said about 600,000 applicants – more than half – have been declined.

Last year federal COVID aid got out the door so fast that crooks were able to loot the SBA’s Paycheck Protection Program and other relief funds.

Newsy has learned this year, new anti-fraud procedures are in place but with more red tape.

"Now the pendulum has swung in the other direction," said Nick Schwellenbach, senior investigator at the Project On Government Oversight, an independent watchdog.

Applicants now have to answer pages of questions.

One mistake can get them denied.

SBA spokeswoman Tiffani Clements said Quinones indicated she wasn’t a U.S. citizen, and that Senecal answered that she did owe child support.

Both answers will land an application in the rejection pile.

Neither Quinones nor Senecal were convinced they incorrectly filled out their forms.

"I'm always careful when I fill things out," Senecal said.

The SBA acknowledged the agency is also making mistakes, relying on imperfect background check databases that can spit out inaccurate or outdated information.

And because of a technical glitch, more than 400,000 small business owners were recently denied funds without any explanation at all.

"The system is awash in fraud and so ramping up these anti-fraud efforts makes sense," Schwellenbach said. "But if they’re not well executed you can end up excluding genuine small businesses who should have access to this money."

The agency has set up an email address for people to re-evaluate their denials for aid.

Some small business owners have had success with those appeals while others say they've had headaches just trying to get a hold of someone.

Senecal finally spoke to the SBA about her case.

"I said, I'm really sorry, but I do not have any children whatsoever," Senecal said.

She learned she still won’t qualify for aid.

Even though the SBA invited her to apply for funds, her music shop wasn’t actually in a designated low-income area.

The SBA says this disqualifying factor, and businesses not suffering a loss of at least 30 percent, are the two most common reasons the agency is rejecting applicants.

Quinones succeeded in appealing her denial, notified by SBA after our interview that she will receive $9,000.