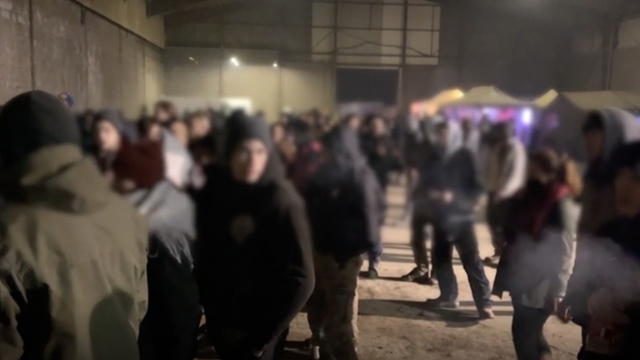 The three-day rave was broken up as a new French curfew was put in place, starting Saturday night.

More than 2,500 people breached coronavirus restrictions and a national night-time curfew in France to attend an illegal New Year's rave.

Five people were arrested and about 1,200 fines were issued Saturday morning after the rave, which some planned to keep going until January 5.

Police tried to shut it down at its start Thursday night. But some party-goers damaged vehicles and hurled bottles and stones, causing minor injuries to at least three officers.

France's interior minister said trucks, sound systems and generators are now in police possession, and an investigation to identify the main perpetrators is underway.

People leaving the event were urged to self-isolate for seven days, as the country begins a new curfew Saturday night. France has the highest number of COVID-19 cases in western Europe and ranks fifth in the world.