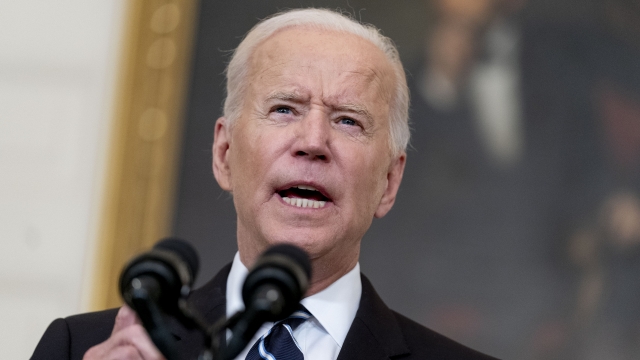 SMS
More Than 100 Million Workers Impacted By Mandates
By Emily Grossberg
By Emily Grossberg
September 10, 2021
The mandates affect some 100 million Americans in the private and federal sectors, according to the White House.
SHOW TRANSCRIPT

Government overreach, or necessary crackdown to end the pandemic?

That's the raging debate after President Biden unleashed the fullest force of his presidential powers to get Americans vaccinated.

“We’ve been patient but our patience is wearing thin. And your refusal has cost all of us," he said. "So please, let’s do the right thing.”

The mandates affect some 100 million Americans in the private and federal sectors, according to the White House. And according to legal experts, it's fair game.

The president already signed two executive orders requiring all federal employees and contractors to be vaccinated. 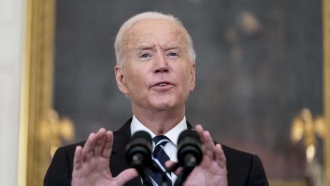 Now, all companies with more than 100 workers must require vaccination,  weekly testing, or paid time off to get vaccinated. Some companies are concerned about cost.

One OSHA official told Bloomberg employers could face fines up to $14,000 dollars per violation.

But the president's chief medical advisor, Dr. Anthony Fauci, said if it were up to him, he would've gone even further.

"Well I think the president is being somewhat moderate in his demand," said Dr. Fauci. "Myself, I would make it just vaccinate or not, but he was trying to be moderate in what his pronouncement was."

But the president didn't stop there.

He announced plans to increase production of rapid testing kits. He called out bad behavior on planes, and said the TSA will double fines for airline passengers who refuse to wear masks. He also ordered a mandatory vaccination program for 300,000 federal educators, in hundreds of schools. And he called on states to require vaccines in schools.