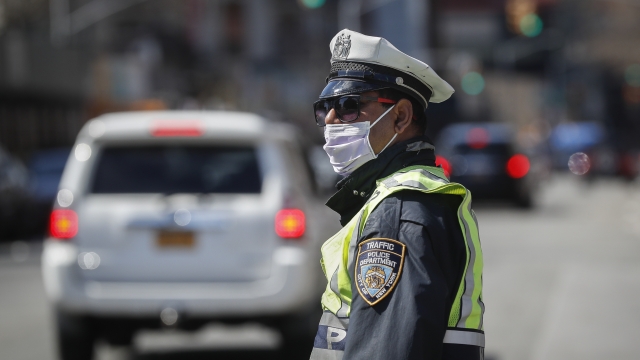 Some 1,400 New York Police Department employees have tested positive for COVID-19. Police officers account for more than 1,000 of those confirmed cases.

Gov. Andrew Cuomo has shared his concerns about "essential workers getting scared and not wanting to show up."

NYPD Commissioner Dermot Shea told CNN Wednesday there have been some NYPD employees that have recovered and returned to work since testing positive for coronavirus, but there are far more calling out.

Shea said, "I think we're still climbing the Hill, if you will. Um, I'm eagerly awaiting when, when that inversion point happens, where the number of people going out sick is, is passes and crosses the people coming back."

For those who are still able to come into work, Shea says the nation's largest police force has added a lot of things to its repertoire.

Shea said "we are scrambling, but that shouldn't have a negative connotation. We are able to handle many many different tasks here. We're reaching out more than ever to any New Yorkers that need help — whether it's delivering food, calling domestic violence victims to make sure they’re safe — and we're still out there on patrol."