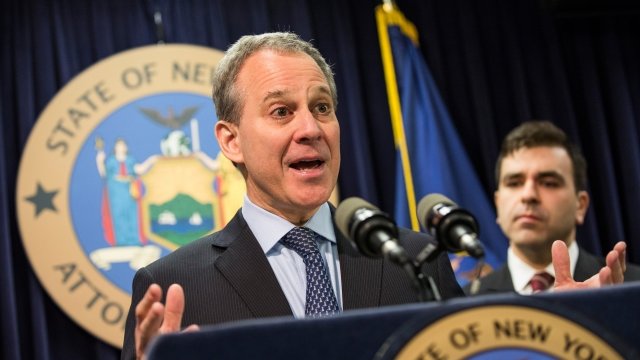 More states are planning to sue the Trump administration over its decision to add a question about citizenship to the 2020 census.

New York Attorney General Eric Schneiderman announced he plans to lead a multistate lawsuit to stop the move. At least 10 states have reportedly signed on, including Illinois, Massachusetts and New Mexico.

The Commerce Department announced late Monday it would reintroduce the citizenship question, saying the data is needed to "help enforce the Voting Rights Act."

Schneiderman was one of more than a dozen attorneys general who previously said asking about citizenship status would "reduce participation" and cause states to be "irreparably harmed by an inaccurate 2020 Census."

Politico reports getting an accurate population count in New York is already difficult because of the large number of rural residents and people living in multifamily homes.