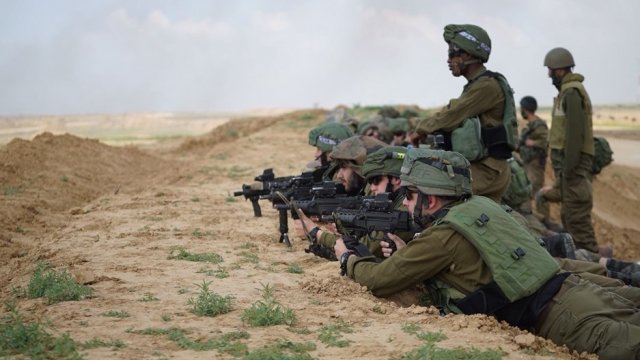 The exact number of deaths is not entirely clear; the Palestinian Health Ministry says at least eight were killed.

More Palestinians were killed along the Gaza-Israeli border as demonstrators returned for the second consecutive Friday.

The exact number of deaths is not entirely clear; the Palestinian Health Ministry says at least eight were killed.

As Newsy previously reported, the protests commemorate Palestinian displacement when Israel was formed in 1948 and are set to end in mid-May. That's around the same time the U.S. Embassy is set to open in Jerusalem.

The latest deaths bring the total in the past week into the 20s. But Al Jazeera reports 30 Palestinians have died in that time.

Israel still accuses Hamas, the political party and militant group in control of Gaza, of using the protests to infiltrate Israel to commit terror attacks.

The Israel Defense Forces are ordered to keep protesters more than 100 meters from the fence between the two territories and have permission to fire on those who come too close.