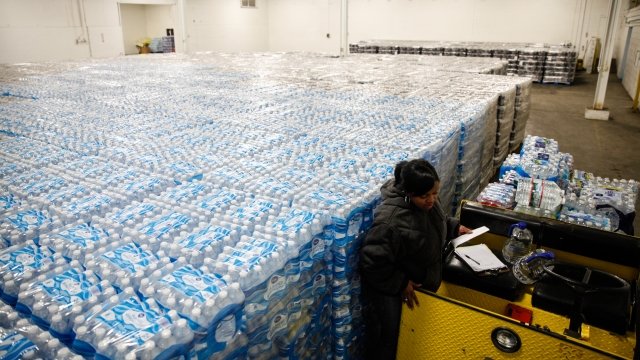 By Cristina Mutchler
September 20, 2018
The latest round of test results bring the number of Detroit schools with contaminated water to 57 so far.
SHOW TRANSCRIPT

Dozens more schools in Detroit have tested positive for high levels of lead and/or copper in their drinking water.

In the latest round of test results released Wednesday, an additional 33 schools in the Detroit Public Schools Community District showed elevated levels for one or both of the contaminants.

That means currently 57 out of 86 schools that've gotten results back have tainted drinking water. The district is still waiting for results from 17 schools.

It all started after water testing in the spring found higher-than-acceptable levels of copper and/or lead. By August, 34 total schools had confirmed water quality issues.

The district started the school year in September by shutting off drinking water access to all 106 school buildings, providing bottled water and water coolers as substitutes.

The superintendent, the Great Lakes Water Authority and Detroit Water and Sewage Department have said the school district's aging infrastructure is likely to blame for the issues.

The Detroit Public Schools Community District is recommending to the board that it install hydration stations across the district for the start of next school year.