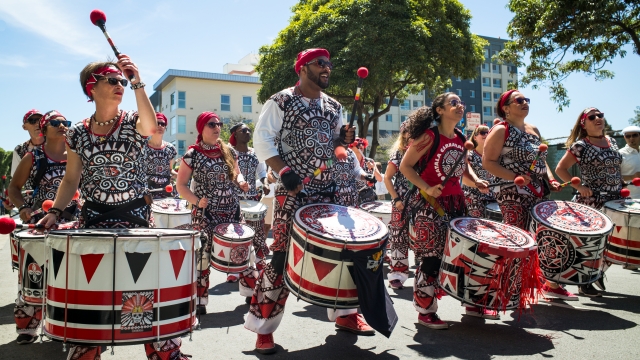 Amazon, Target, Best Buy, J.C. Penney, U.S. Bank: They're just a handful of the big names joining in on recognizing Juneteeth as a company holiday amid protests calling for racial justice.

Clenora Hudson-Weems, an English professor at the University of Missouri who specializes in African Diaspora Studies said, "That day is sacred, so to speak, and so to celebrate that and allow others to celebrate it is, I think, a giant step in the right direction."

Many companies are either offering full pay to employees who take the day off or time and a half wage to those who choose to work. Some others are reducing hours or closing altogether.

Juneteenth is a tradition in the Black community commemorating the end of slavery in the U.S.

While it's not a federal holiday, some governors are recognizing it on a state level. Virginia, where the Confederacy used to have its capital, has declared it an official holiday this year:

"Virginia has acknowledged this important milestone with an annual written proclamation. That's nice, but we need to do much more," Gov. Ralph Northam said.

And so has New York.

"It is a day that we should all reflect upon," Gov. Andrew Cuomo said. "It's a day that's especially relevant in this moment in history."

The Black community started celebrating Juneteenth back on June 19, 1865. While the Emancipation Proclamation was issued in 1863, it wasn't until that date that many Black people in Texas learned that they were free. Juneteenth is also a day to celebrate Black excellence. People reflect on the freedom, unity and advancement of the African American community "while encouraging continuous self-development and respect for all cultures."

Musician and Virginia native Pharrell Williams said: "This year, Juneteenth will look like no other Juneteenth before it. People of all ages and races, our advocates and allies as well … will come together in solidarity for Black people like never before."

Hundreds of thousands of people have signed a petition calling for Juneteenth to be declared a federal holiday.