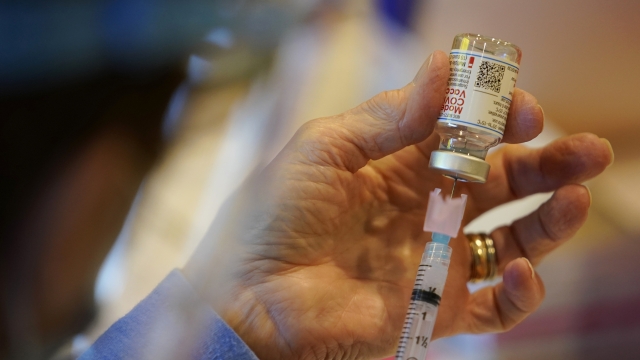 SMS
Moderna Says Data Shows Its COVID-19 Vaccine Is 96% Effective In Teens
By Jay Strubberg
By Jay Strubberg
May 6, 2021
The company said its trial involved 3,235 participants and there were just 12 cases recorded within two weeks of the first dose.
SHOW TRANSCRIPT

Some encouraging news in the pandemic fight. Moderna found its two-dose vaccine works for teens.

The company said initial results show it's 96% effective against COVID for those between 12 and 17 years old. No safety issues, either.

Pfizer earlier said its shot is 100% effective for younger teens.

It's expected to gain FDA approval next week and President Biden said the U.S. is ready to move immediately if and when that happens.

Expanding eligibility to younger people could help boost the number of daily vaccinations, which has fallen significantly in recent weeks.

The White House is now trying to convince less eager people to roll up their sleeves.