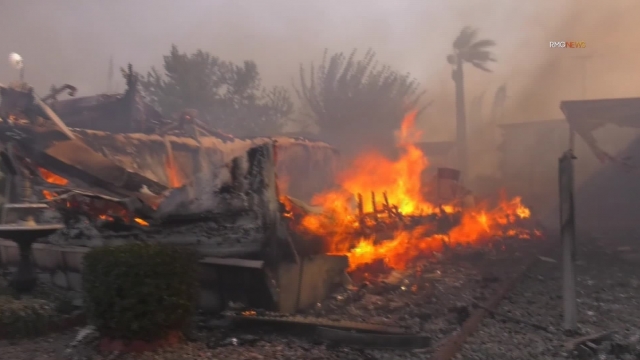 Two people have died in a wildfire in Southern California, according to the Riverside County Sheriff's Department on Saturday.

The deaths were related to the Sandalwood fire, which started about 70 miles east of Los Angeles in a mobile home park. It was reportedly caused by a trash truck that dumped burning garbage near vegetation. That fire destroyed at least 90 structures. It's now 77% contained.

One of the people killed was an 89-year-old woman found in her home. Investigators found the remains of another body in a mobile home, but are still working to identify who it was.

A series of fires started across the state on Thursday, including a fast-moving brush fire in Los Angeles. That fire — dubbed the Saddleridge Fire — started north of downtown and has burned almost 8,000 acres. It's now 33% contained.

Firefighters continue to work to contain the blazes, and many evacuation orders have been lifted.