Mnuchin Says US, Mexico And Canada Close To A Deal On Metal Tariffs 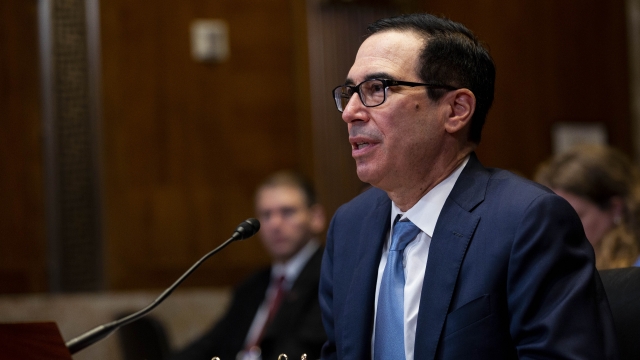 SMS
Mnuchin Says US, Mexico And Canada Close To A Deal On Metal Tariffs
By Ahmed Jawadi
By Ahmed Jawadi
May 15, 2019
Some members of Congress say they won't vote on the new United States-Mexico-Canada Agreement until the tariffs are lifted.
SHOW TRANSCRIPT

The U.S. is reportedly close to making a deal with Canada and Mexico to ease its tariffs on steel and aluminum.

During a Senate Appropriations subcommittee hearing on Wednesday, Treasury Secretary Steven Mnuchin said he believes the U.S. is "close to an understanding" with its neighbors. He added that President Donald Trump told his trade advisers to figure out a solution on the deal and urged Congress to support the United States-Mexico-Canada Agreement.

Last year, the Trump administration imposed a 25% tariff on steel and a 10% tariff on aluminum from Canada and Mexico. Both countries retaliated with tariffs of their own on American goods. All three of the countries' leaders went on to sign the U.S.-Mexico-Canada Agreement to replace NAFTA later that year, but Congress has yet to approve it. Lawmakers from both sides of the aisle have called for those tariffs to be lifted before a vote on the deal can happen.

Mexico's Economy Minister said Tuesday that Mexico and the U.S. were "close to negotiating the lifting of tariffs." U.S. Trade Representative Robert Lighthizer met with Canadian Foreign Minister Chrystia Freeland on Wednesday to discuss tariffs on Canadian metals, but it's not clear if they came close to making a deal.