Mnuchin Says US, China '90% Of The Way' To Reaching Trade Deal 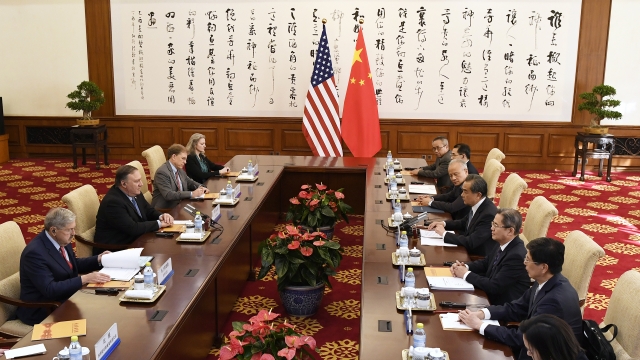 Monthslong trade negotiations between the U.S. and China may have an end in sight.

U.S. Treasury Secretary Steven Mnuchin told CNBC Wednesday that the two sides "were about 90% of the way there" when it comes to making a deal.

Mnuchin didn't elaborate on what the conditions could be for completing the agreement. But he did tell say he's hopeful that a meeting between the two countries' leaders could help clinch the deal.

President Donald Trump is set to meet with Chinese President Xi Jinping this weekend at the G-20 summit in Japan.

Earlier this month, both sides blamed each other for stalled trade talks that had included implementing rounds of tariffs.

The ongoing trade tensions have been worrisome to investors, who appeared more optimistic after Mnuchin's comments. U.S. markets swung higher at one point Wednesday.

Mnuchin also said he's hopeful a deal could be made by the end of the year if "the right efforts [are] in place."