Mnuchin Not Sure When International Travel Will Pick Back Up 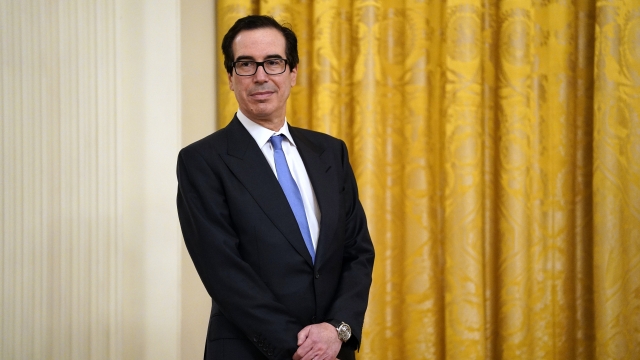 Because of the coronavirus, the State Department has been urging Americans to avoid international travel since late March.

Treasury Secretary Steven Mnuchin says "it's too hard to tell" if international travel will pick back up this year as the coronavirus continues to spread across the world.

Although Mnuchin told Fox Business Network that President Donald Trump is looking into "ways to stimulate travel," the secretary said the administration's "priority is opening the domestic economy."

Because of the coronavirus, the State Department has been urging Americans to avoid international travel since late March. The Trump administration has also banned foreign nationals from entering the U.S. if they've traveled to China, Iran or most of Europe in the last 14 days.

These travel restrictions and similar ones imposed by other countries have led many airlines to drastically cut routes and cancel flights.

The TSA said agents screened fewer than 164,000 travelers at U.S. airports on Monday. That's a 93% drop in traffic from the same day in 2019 – when more than 2.4 million people were traveling through the country.

Mnuchin thinks demand for travel will resume once the economy opens back up. But with international travel still up in the air, he suggested Americans might want to think about traveling domestically instead.