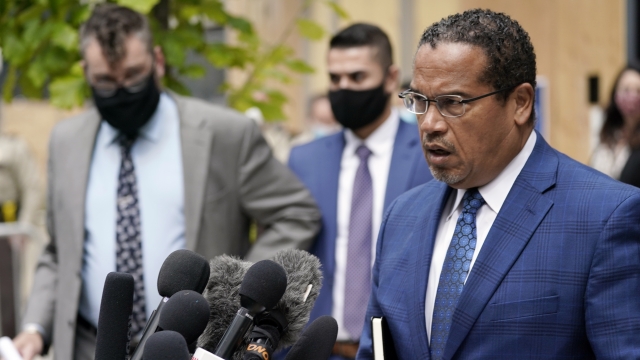 Ellison told "60 Minutes" he remembers the verdict in the Rodney King case and how devastated he felt about the outcome.

The man who oversaw the state of Minnesota's case against Derek Chauvin says he was worried his team wouldn't get a guilty verdict because of how these cases typically play out in court.

"I was never convinced we were going to win this case until we heard the verdict of guilt," said Minnesota Attorney General Keith Ellison. "Every moment of this case I thought, 'What are we missing? Do we need another witness?' I was not sure we were going to get the just result that we did get until I hard Judge Cahill announce the verdict."

Ellison told "60 Minutes" he remembers the verdict in the Rodney King case and how devastated he felt about the outcome.

He says it's rare there's accountability when the victim is a person of color.