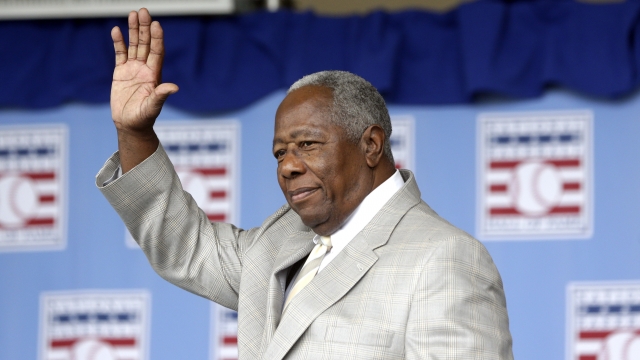 SMS
MLB Hall Of Famer Henry "Hank" Aaron Dies At The Age Of 86
By Jay Strubberg
By Jay Strubberg
January 22, 2021
The MLB Hall of Famer broke Babe Ruth's career home run record in 1974 when he hit his 715th ball out of the park.
SHOW TRANSCRIPT

Tributes are pouring in for Hank Aaron, a baseball legend whose legacy transcended the diamond.

Former President Barack Obama acknowledged him not just for his talents but also as "one of the strongest people" he's ever met.

As Newsy's Austin Kim notes, the hall-of-famer received death threats as he chased Babe Ruth's home run record, which he broke in 1974.

Yet, Aaron thrived on the field and was a voice for civil rights.