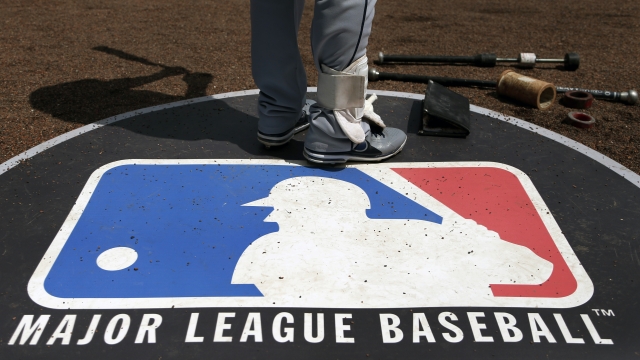 SMS
Major League Baseball Could Face First Work Stoppage In 26 Years
By Associated Press
By Associated Press
October 25, 2021
Once the current labor contract expires on Dec. 1, free agent signings, spring training and possibly the start of next season could be delayed.

Negotiations have been taking place since last spring, and each side thinks the other has not made proposals that will lead toward an agreement replacing the five-year contract that expires at 11:59 p.m. EST on Dec. 1.

The luxury tax system that started with the 2003 season sunsets with the expiration of the labor contract, with the exception of completing accounting and payments for the 2021 tax year. Uncertainty over the 2022 season probably will cause high-spending clubs to delay reaching pricier player agreements.

MLB may attempt a signing freeze with the start of a lockout, or the marketplace might grind to a halt on its own, even more pronounced than the slowdowns of the 2017-18 and 2018-19 offseasons.

This lack of pace in negotiations is similar to what occurred in 1989-90, when the agreement expired Dec. 31 and owners announced on Jan. 9 that a lockout would begin Feb. 15 absent an agreement. A deal was reached March 1 and opening day was delayed a week until April 9, causing 78 games to be postponed and rescheduled.

Baseball was interrupted by eight work stoppages from 1972-95, the last a 7 1/2-month strike in 1994-95 that wiped out the World Series for the first time in 90 years. The closest the sport has come to another stoppage was in 2002, when an agreement was reached on Aug. 30 about 3 1/2 hours before players had been set to strike. That marked the first agreement without a stoppage since 1969.