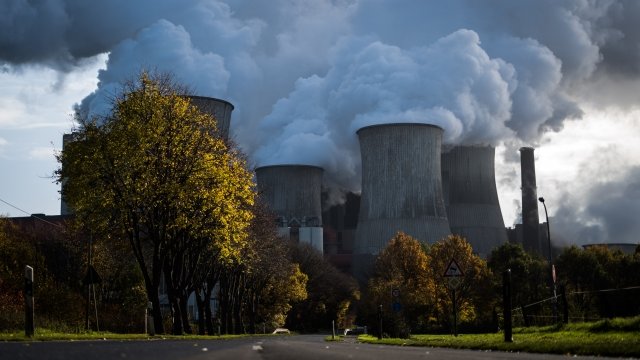 SMS
Addressing The Dire Climate Straits Could Mean Leaving Coal Behind
By Evan Thomas
By Evan Thomas
October 8, 2018
Ending reliance on coal could be the only reliable way to address the effects of climate change, according to the latest IPCC report.
SHOW TRANSCRIPT

The latest report from the Intergovernmental Panel on Climate Change paints a stark picture of the near future: The consequences of the warming planet will be more immediate than we thought.

Scientists conclude that global temperatures will climb 2.7 degrees Fahrenheit by 2040. They say parts of the world could face severe drought, sea level rise and food shortages far earlier than expected.

With the timetable moved up, stemming that damage would require "unprecedented" economic changes — like, say, committing to the end of coal as an energy source. Some scientists who worked on the report say "there is no way to mitigate climate change" without getting rid of it.

The report says in the next decades, we would need enormous taxes on carbon emissions and far more renewable energy sources to take coal's place. And there's a deadline: To avert the worst of the climate damage, we would need to cut coal down to a sliver of the world's energy use by 2050. 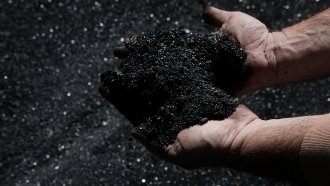 Why Trump's Administration Made Coal Plants A National Security Issue

That would be a big ask for the U.S., where the Trump administration is notably pro-coal. It's spent the last months shutting down greenhouse gas research, cutting regulations on burning coal and floating plans to prop up coal plants in the name of national security.

The situation now is more dire than ever, but that could help prompt a faster response from governments that are getting backed into a corner. With the new numbers in, experts say it's up to lawmakers to act.