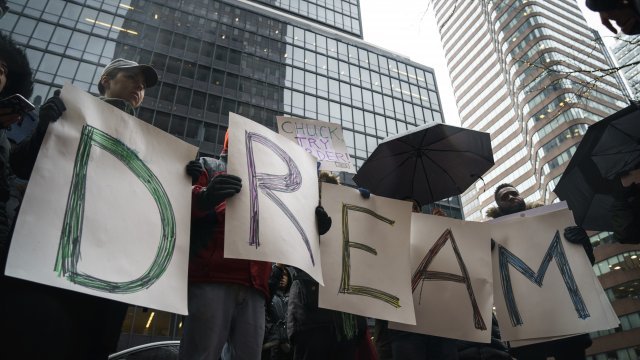 The anticipated debate over the fate of the Deferred Action for Childhood Arrivals program, or DACA, was expected to take up most of this month. But if Senate Majority Leader Mitch McConnell gets his way, it'll wrap up by the end of this week.

The Senate overwhelmingly voted in favor of beginning the debate yesterday.

McConnell said Tuesday: "Senators have had plenty of time to prepare. There's no reason why we should not reach a bipartisan solution this week."

It's true that lawmakers have been in unofficial talks about DACA's fate for months. But this marks the first formal process, and McConnell only promised a Senate vote on the matter in late January.

Referring to that promise, McConnell said Tuesday: "I've lived up to my commitment. I hope everyone will cooperate so this opportunity does not go to waste."