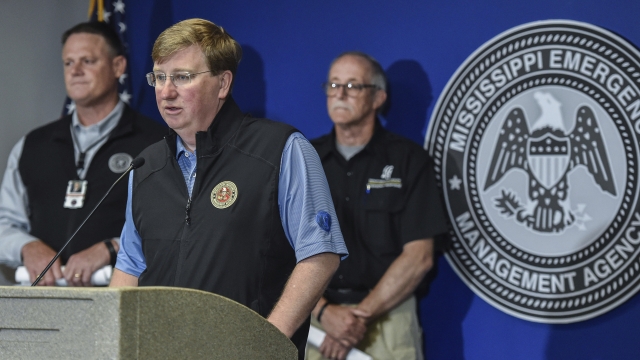 For the last 30 days, people living and visiting the state capital of Mississippi have been told to boil their water before using it; and just this week the state’s governor announced the city's water system is in bad shape.

“I want the people of Mississippi to know the severity of the situation, and I want them to know that we are on it,” said Gov. Reeves.

Gov. Reeves says that approximately 150,000 people in the heart of Mississippi are facing a health crisis.

“As the governor said, the water is not safe to drink. And I would even say it's not safe to brush your teeth,” said Dr. Dan Edney, chief health officer at the Mississippi Department of Health.

Gray has to pay someone to go and get water for her because she says she doesn't drive.

“All the water I bring in, I have to use it all. So, the last water I have now is in my refrigerator,” said Gray.

The rest of the water she uses to cook with or uses it to flush the toilet.

Her downstairs neighbor has the same problem.

“I have to let water run into buckets and pails because of low pressure,” said 81-year-old Louvenia Palmer.

Jackson's crumbling infrastructure has seen boil-water notices for the last decade or more. That's nothing new. What is new, is the water system failing.

Now those without water say it seems the state is failing its most vulnerable citizens, too.