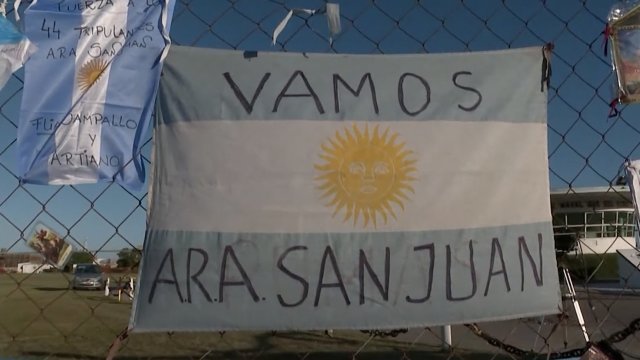 A year and a day after vanishing in the Atlantic ocean, authorities have found a lost Argentine naval submarine.

Officials confirmed that the submarine had been found on Saturday. Families gathered on Thursday to commemorate the one year anniversary of the vessel's disappearance. All 44 crew members are presumed dead. One of the victims was the country's first female submarine officer.

The ARA San Juan was about midway on its journey to Mar del Plata when it disappeared off of Argentina’s Atlantic coast last November.

A naval captain from the country says the submarine had an implosion and was discovered more than 2,000 feet down on the ocean floor by an ocean tracking contractor.

Argentina’s defense minister said there are currently no plans to retrieve the vessel explaining, “we don’t have the means to go down to that depth of sea.”