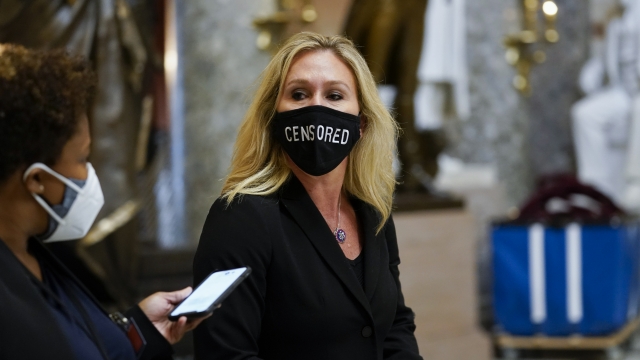 Democrats in the House want to vote to take away her committee assignments.

Here's why: Greene has supported QAnon conspiracy theories and endorsed the execution of Democratic members of Congress on social media before she was elected.

McCarthy has not criticized Greene's behavior but Senate Minority Leader Mitch McConnell called her views a "cancer" to the party.