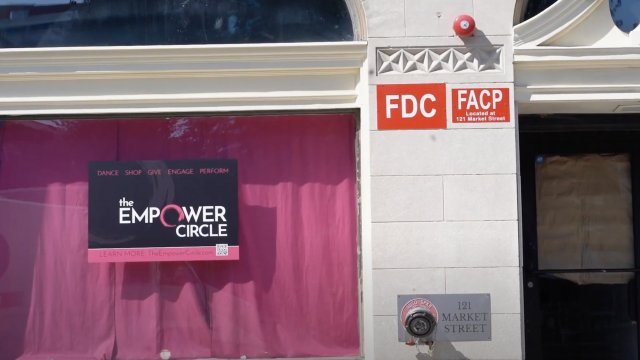 When Nicole Oxendine opened her dance studio five years ago, her goal was to connect people in her community. But once the pandemic struck and Americans were encouraged to isolate, the studio’s future quickly became uncertain.

"I closed the business down, and wasn't sure if I wanted to continue," said Empower Circle founder Nicole Oxendine.

That’s partly because she wasn’t eligible for the Payment Protection Program, since most of her employees were contractors — one of the several exclusions keeping funding from businesses. That list of exclusions has had some dire consequences, especially for minorities.

A report from H&R Block shows how Black business owners have been disproportionately hit in the pandemic. More than half of Black-owned small businesses experienced at least a 50% decrease in revenue during the pandemic, compared to only 37% among White business owners. But the reasons for that go beyond PPP rules and regulations.

"Some of the challenges that underrepresented founders faced in the first round of the PPP come from challenges that they were experiencing all along," said Shelly Bell, CEO of Black Girl Ventures.

Data shows that minority business owners have had a harder time securing loans than their non-minority counterparts. And the history of banking discrimination ultimately played a role in this pandemic.

"If you didn't have a tight relationship with a banker, then you may not have been able to push through," Bell said.

The White House is trying to fix that. The Biden administration recently announced changes to PPP intended to target minority-owned businesses who may have been left out of funding made available through stimulus bills.

Oxendine — who reopened her studio in Durham’s historic Black Wall Street — is cautiously optimistic about the effort. She says the pandemic has refined her business acumen, and led her to expand the Empower Circle beyond dance to retail and other ventures. It also helped strengthen her ties to her community.

"It highlighted even more who else can I support or what other Black business or minority business owner can I connect with or provide resources for."