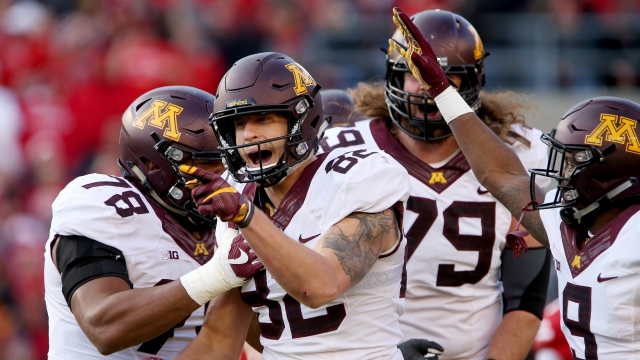 The University of Minnesota's football team is boycotting its own bowl game after 10 of its players were suspended following a sexual assault allegation.

"This decision for the players to take this stance is not easy, but important to the action to preserve the integrity of the program and ourselves," Minnesota senior wide receiver Drew Wolitarsky said in a statement.

This stems from an incident in September when a woman claimed she was raped by several men in the apartment of Minnesota sophomore running back Carlton Djam.

Police investigated the complaint and decided not to press charges. After reviewing a video of the incident taken by Djam, authorities said "the sexual contact appears entirely consensual."

But a university investigation determined the players should be suspended. It also recommended five of the players be expelled.

Now, players are saying their teammates' rights were violated because they were disciplined publicly. During the announcement of the boycott, they demanded an apology from university President Eric Kaler and Athletic Director Mark Coyle.

Kaler and Coyle promised to speak with players but stood by the suspensions, saying "the decision was based on facts and is reflective of the university's values."

The Holiday Bowl is scheduled to take place Dec. 27. It's unclear what will happen if the boycott continues.