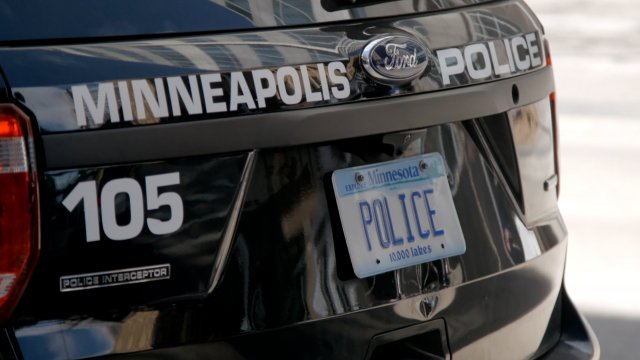 Derek Chauvin isn't the only one on trial this month. So is the state of policing in Minneapolis.

"The system itself has to come out and say, 'We apologize, we want to work with you. We want to own the mistakes we have done,'" said Raj Sethuraju, a community activist and professor at Metropolitan State University.

Any transformation requires changes to an obscure state agency that oversees licensing and training of officers.

It’s called the Minnesota Peace Officers Standards and Training Board, or the POST Board.

Elected officials and community leaders say the POST board lacks real authority, with no oversight of department-level training and the inability to collect complete data about complaints against officers across the state.

“These critical reforms are long overdue. They are meant to strengthen transparency and community oversight,” said Gov. Tim Walz at the signing of the Minnesota Police Accountability Act last summer.

Last July, the state legislature passed a police reform bill that bolsters the POST Board’s oversight of the more than 400 law enforcement departments in Minnesota.

"How do we move toward ensuring in an actionable way that there's consistent standards that are being adhered to, the public knows that all these units could be held accountable to?" said Minnesota State Rep. Carlos Mariani.

Some of the changes include banning "warrior-style" training and certain chokeholds; requiring officers to intervene if they witness improper use of force by another officer; and making sure those who train officers are qualified.

"A lot of that is in process," said Erik Misselt, executive director or the Minnesota POST Board. "A lot of our focus is going to be on transparency."

In the most contentious reform -- long opposed by police departments and police unions --- law enforcement agencies across the state will need to provide the POST Board detailed information about complaints against officers.

"It'll provide good objective data on what a complaint looks like across the state, what sort of things are being reported, what action is being taken by agencies and what action should be taken by the POST Board," said Misselt.

Community members say this is a step in the right direction but that the reforms haven’t gone far enough. The POST Board is legally prohibited from telling the public which officers are being investigated for misconduct -- or even how many it’s investigating. It can’t even confirm if it is investigating officer Derek Chauvin who's on trial for murder and manslaughter.

"The only time we can give anything that would be public concerning officer licensure matters is when there's final discipline imposed by the board," said Misselt.

As the only agency that can prevent a bad officer from working in the state, activists say the board needs to be much more transparent as it investigates police misconduct.

"The optics are bad," said Raj Sethuraju, the community activist and professor. "Because we are at a point where we cannot strip you of your profession yet. You can go somewhere else, and if they want to hire you, they can hire you because you are still a licensed officer."