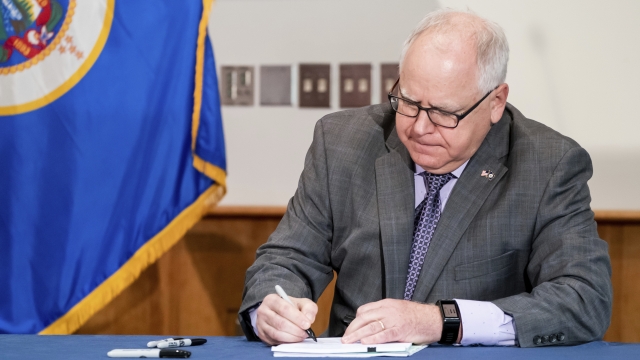 The bill bans chokeholds and "warrior training", which critics say promotes excessive force. It also expands deescalation training for officers and creates a new advisory council for the state board that licenses officers, among other things.

"Every single Minnesotan deserves to feel safe and protected in their communities," Walz said. "This bipartisan piece of legislation moves us towards a critical step towards criminal justice reform."

The president of Communities United Against Police Brutality told The Associated Press the legislation is not as comprehensive as the group had hoped and that it will keep demanding change.

Additional reporting by Mohamed Ibrahim from the Associated Press.