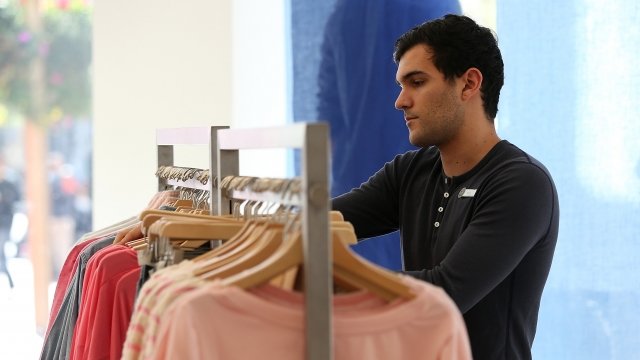 By Katherine Biek
December 28, 2018
The National Employment Law Project says 19 states and 21 cities and counties are raising their minimum wages on or around January 1.
SHOW TRANSCRIPT

Millions of American workers currently earning minimum wage are slated to get raises around the start of the new year.

That's because 19 states and 21 cities and counties are raising their minimum wages on or around January 1.

Four of those states — Arizona, Colorado, Maine, and Missouri — are phasing in minimum wage increases that will eventually reach $12 an hour by 2023 at the latest. And California, Massachusetts and New York are working their way up to a $15 hourly wage.

Several other states will be enacting minimum wage increases later in 2019 — like Michigan which is currently scheduled to raise it's hourly rate to $9.45 in late March.

In all, the National Employment Law Project estimates roughly 17 million minimum-wage workers will see their salaries boosted once all of the multi-year increases are fully implemented.