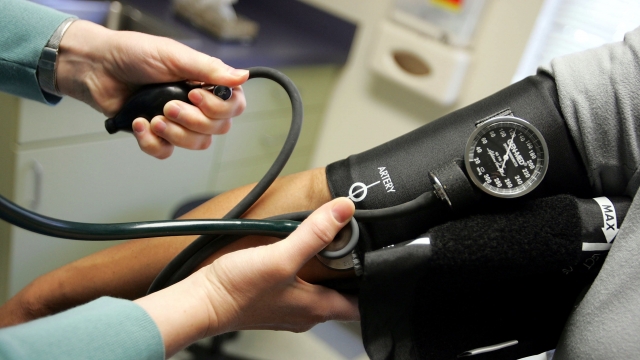 SMS
Millions Of Americans Aren't Taking Their Blood Pressure Meds Properly
By Briana Koeneman
By Briana Koeneman
September 14, 2016
According to the CDC, about 5 million Medicare Part D patients age 65 and older are skipping doses of their meds or not taking them at all.
SHOW TRANSCRIPT

Millions of American adults aren't taking their blood pressure medication as directed, and it's putting them at risk for dangerous health complications.

According to a new report from the Centers for Disease Control and Prevention, about 5 million Medicare Part D patients age 65 and older are skipping doses of their meds or not taking them at all.

And not keeping your blood pressure in check could lead to some pretty serious issues, like heart disease, stroke, kidney disease and even early death.

SEE MORE: New Study Says You Should Drop Your Blood Pressure Even More

But the report says multiple factors are most likely to blame, including complex pill regimens and unpleasant side effects.

And that's why the CDC is calling on doctors and health care providers to do more to help older patients stick to their high blood pressure treatment plans, like simplifying their medication regimens.

For its part, Medicare said in a statement, "Medicare will continue to work with prescription drug plans to educate enrollees about the importance of taking their blood pressure medications as prescribed so that they can lower their risk for heart disease and stroke."

According to the CDC, about 70 million adults in the U.S. have high blood pressure, and only about half have their blood pressure under control.