This Millennial Is Shaking Things Up In Indiana's State Legislature 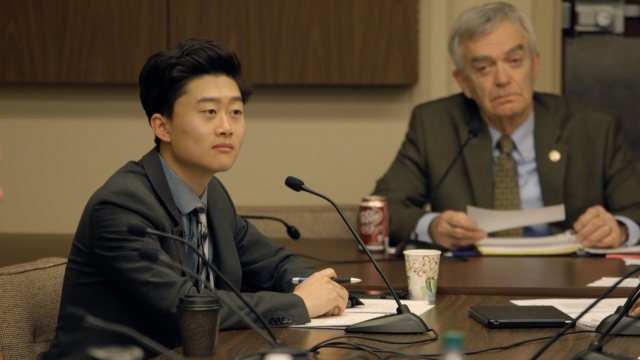 SMS
This Millennial Is Shaking Things Up In Indiana's State Legislature
By Cat Sandoval
By Cat Sandoval
January 31, 2019
A lot of millennials are entering state legislatures this year. Twenty-six-year-old Chris Chyung has no political experience, but he's ready.
SHOW TRANSCRIPT

Last year's midterms saw a record-breaking number of millennials elected to public office, many of them for the first time. One of them is Chris Chyung. He's currently Indiana's youngest state assemblyman, and he's also the first Korean-American in the state's legislature.

Chyung said: "I hope I don't mess up my own name. I was elected here to make sure that our interests are represented. You know, I'm going to rock the boat if necessary, but I'm not going to rock it needlessly."

Chyung doesn't have any political experience. Born and raised in Indiana, he graduated with an engineering degree from Columbia University and worked in real estate prior to entering politics.

He said: "I kind of fell into politics by accident. I was looking for ways to get involved in my community and help volunteer, and a lot of the issues kept coming back to how the state shortchanges people in a lot of ways, whether it's high health care prices, whether it's an equitable taxation. ... We found my predecessor. I tried getting in touch with him. And there was just no response at all."

When Chyung couldn't find anyone else to run against the three-term incumbent state Rep. Hal Slager, he ran for office. And much like Alexandria Ocasio-Cortez did in New York's 14th district, the Democratic newcomer pulled off a surprise win, defeating his Republican predecessor by 82 votes. He ran a grassroots campaign of knocking on doors and handing out flyers.

Chris Hejmej, another constituent, said: "I voted for Chris Chyung. He seems like a breath of fresh air. I think we need to get some youth back into the government with some new ideas and turn the state around." 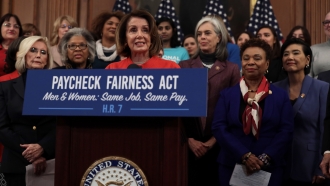 The largest class of millennials ever entered state legislatures this year, according to the nonpartisan Millennial Action Project. It said 800 millennials ran for state legislative seats last year, and about 275 of them won.

"I have to tell you the truth: I never thought that he's going to win."

Meet Sang Chyung, Chris Chyung's mother. She lives in the small town of Dyer, Indiana, population: 16,000. It's one of the areas her son represents.

Sang Chyung said: "How can he win? His opponent was such a strong, experienced man, and then he's such a young unknown. A lot of people called him just like the Asian kid, or the Chinese kid or something like that. So, I mean, I never thought that he's going to win."

Rep. Chyung is Korean-American, not Chinese. But in an overwhelmingly white state like Indiana, he says he's "used to being the only Asian person in the room." And sometimes he had racist insults hurled at him while campaigning.

Sang Chyung said: "When he was knocking [on] the door, some people [were] telling him, … 'you Chinese kid, go to go back to China,' or something like that. And then he said: 'I'm not Chinese. I'm a Korean. And besides, I've never been [to] China.'"

Chyung is the first and only politician in his family. His parents are both doctors, and his two sisters also work in the medical field.

"They still want me to be a doctor," he says.

After his win, newspapers were quick to report Chyung was the first Asian-American elected to Indiana's State Legislature. He isn't — there's another representative of mixed Asian heritage in the state's Senate. But that doesn't diminish Chyung's accomplishments or his journey to beat the odds.

Chyung said: "That's the tough thing about running for elected office is that oftentimes there are so many qualified people out there — so many intelligent, caring, passionate people who can do this job. But they decide ultimately not to. It's not an easy task; you have to open up your private life to the public, be willing to take the scrutiny of the criticism. And that is not an easy thing … . That's not meant for everyone. And I'll be the first to admit that."

Chyung says he's on a mission to represent his constituents and fight for education reform, ban gay conversion therapy and support a hate crime bill — Indiana is one of five states without a hate crime law. But he also knows that change takes time.

Chyung said: "That's the great thing that I really like about this job is that we can, a lot of times, we can drive the public discussion around a lot of these issues."

And Chyung doesn't want to just make an impact in Indiana. He wants to share the lessons he's learned from running a successful campaign in a guide.

Chyung said: "I can't hoard this knowledge, this experience, and let it die in my own memories. I've got to put it on paper. I got to distribute it to people who are willing to run and do the same thing that I did."