US Military Surveillance Drones Are Being Grounded By The Pentagon 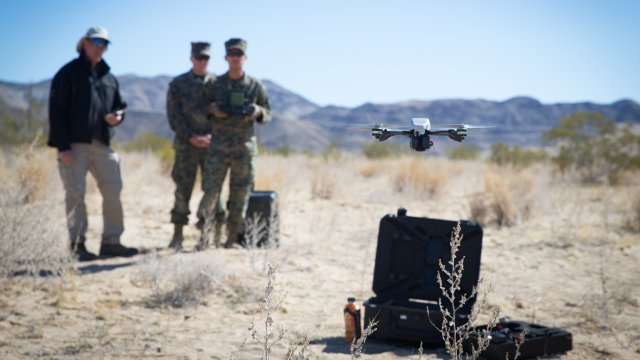 SMS
US Military Surveillance Drones Are Being Grounded By The Pentagon
By Tyler Adkisson
By Tyler Adkisson
July 5, 2018
Military branches haven't been able to add drone specialists to their infantry squads because the tech could be hackable.
SHOW TRANSCRIPT

As part of the U.S. military's effort to provide infantry personnel with new surveillance tools, branches like the Marines Corps planned to give every infantry squad small drones. But the Pentagon has began grounding some quadcopters which may present cybersecurity concerns.

In May, the Department of Defense began issuing memos to stop certain branches from purchasing drones, saying the agency didn't have an adequate way to test whether the tech posed a cybersecurity risk. Some of the most popular drones currently used by the U.S. military are Chinese-made, and officials worried they could be installed with malware that would allow users to be spied on.

The ban has affected some branches more heavily than others. The Marines were forced to ground 600 drones after the memo came out and had to stop shipment of an additional 200. The Air Force was forced to suspend using about 70 of its drones. 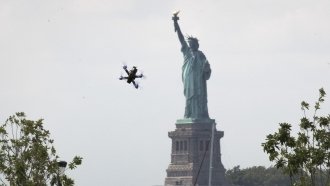 Drones Endanger Other Aircraft, But Finding Culprit Pilots Is Tricky

The Marines have been able to get some drones back up in the air by asking for exemptions from the Department of Defense. But those exemptions still limit where the drones can be flown and who can fly them. As of now, the Marines may only fly drones within the U.S. or if the operator is a forward-deployed Marine, like someone at a U.S. military base overseas.

And as they wait for those exemptions to be approved, many Marine rifle squads are undermanned. The Marines had just recently reorganized the entire structure of their squads, cutting the group from 13 to 12, with one of those 12 serving as the "drone operator" role for each squad.