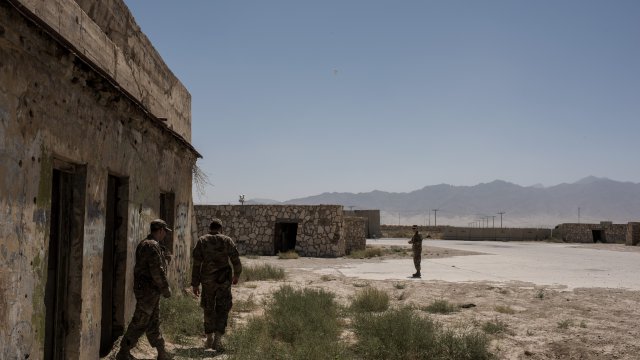 A U.S. contractor who military officials said died when an explosive device went off near Bagram Air Base in Afghanistan earlier this week actually survived the attack.

Officials said in a statement Tuesday the contractor, who's an Afghan citizen, was initially treated for injuries along with other civilians after Monday's attack. He was later identified as a contractor and treated at Bagram.

Three U.S. Marines died in the attack, which the Taliban has claimed responsibility for. Three other American service members were wounded.

A top U.S. negotiator said progress was made with the terrorist group during the latest round of peace talks last month. The two sides crafted some draft agreements, but nothing's been finalized.