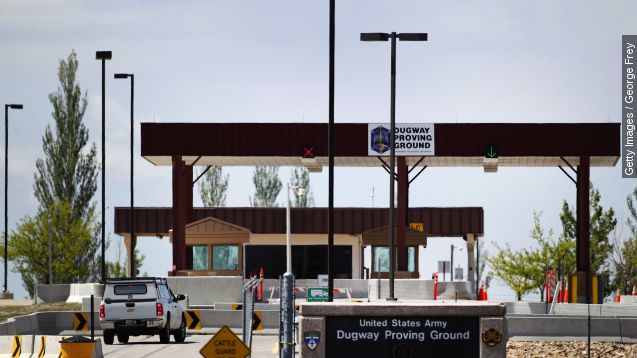 The U.S. Department of Defense has suspended work at four labs and ordered more safety reviews after live anthrax was shipped to 194 facilities.

The U.S. military has suspended work with all dangerous biological samples at four laboratories following a report that samples of live anthrax were shipped to 194 laboratories around the world.

The announcement comes after live anthrax samples, received from the military and believed to be deactivated, were discovered in a lab in Maryland back in May. The scope of the scare has since widened dramatically: the Pentagon currently estimates 194 labs in 9 countries and all 50 states accidentally received samples of live anthrax.

One of the four labs now under suspension is Utah's Dugway Proving Ground, which authorities believe to be the original lab that accidentally sent out the live strains. An Army report published in July cited procedural failures with how dangerous agents are tested, stored and transported around the country.

No anthrax-related illnesses or deaths have been reported because of this incident, but over 30 people have taken antibiotics as a precaution. Army Secretary John McHugh says Thursday's order was taken out of an abundance of caution.