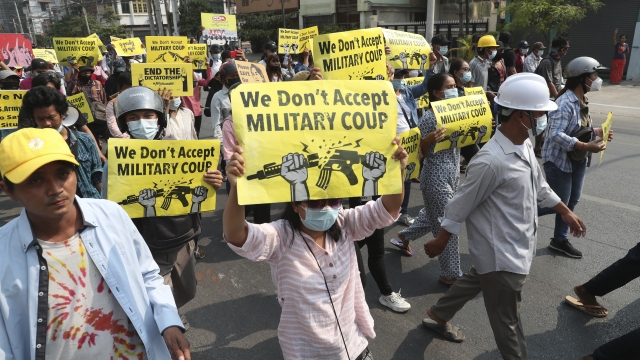 The military rule in Myanmar has declared martial law in parts of its biggest city as protests continue.

The Southeast Asian country has been under a state of emergency since the military ousted the democratically elected government six weeks ago.

The Biden administration is offering temporary U.S. residency to those fleeing the violence.