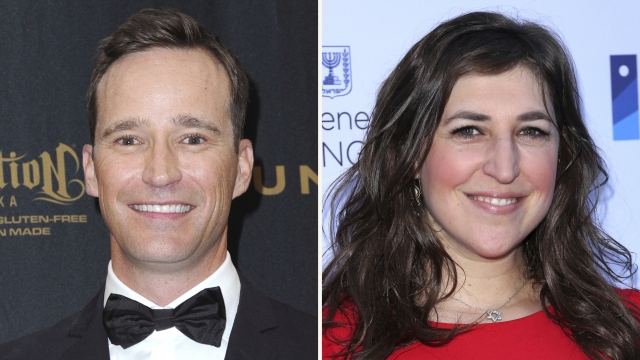 But after fan backlash to a selection process that turned messy in recent weeks, producer Sony split the pie by naming another guest host, actress Mayim Bialik, as emcee for “Jeopardy!” primetime and spinoff series, including a new college championship.

“We knew early on that we wanted to divide the hosting responsibilities and it became very clear that Mike and Mayim were the undeniable choices. They were both at the top of our research and analysis,” said Ravi Ahuja, Chairman of Global Television Studios for Sony Pictures. “We took this decision incredibly seriously.”

In his guest-host appearances, Ahuja said, Richards was “at ease behind the podium and a double threat as producer and host. Mayim has a wonderful energy, an innate sense of the game, and an authentic curiosity that naturally represents the ‘Jeopardy!’ brand.”

Richards has a long game show resume. He was the executive producer of “The Price is Right” and “Let’s Make a Deal” for more than a decade and produced the 2020 revival of “Who Wants to Be a Millionaire.” His on-camera experience includes hosting “The Pyramid” and “Beauty and the Geek,” a reality show.

He joined “Jeopardy!” as the replacement for retiring executive producer Harry Friedman starting with the 2020-21 season, and was in the job for only a few months when Trebek, 80, died last November of pancreatic cancer.