Mike Pompeo To Meet With Vladimir Putin In Russia 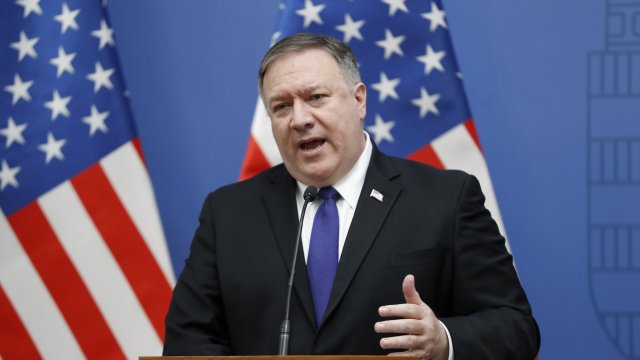 Secretary of State Mike Pompeo is set to meet with Russian President Vladimir Putin as tensions between the two countries continue to escalate.

On Friday, a spokesperson for the State Department confirmed the meeting, which is scheduled to take place May 14 in Sochi.

A State Department official told reporters the two will have "frank discussions" on a variety of issues — including arms control, North Korea and Iran.

The official also said Pompeo "will have a very candid conversation about concerns in our bilateral relationship," like the Intermediate-Range Nuclear Forces Treaty and election inference.

Most recently, the U.S. and Russia have clashed over the crisis in Venezuela. Top American officials have accused Moscow of trying to stop embattled President Nicolás Maduro from leaving the country.