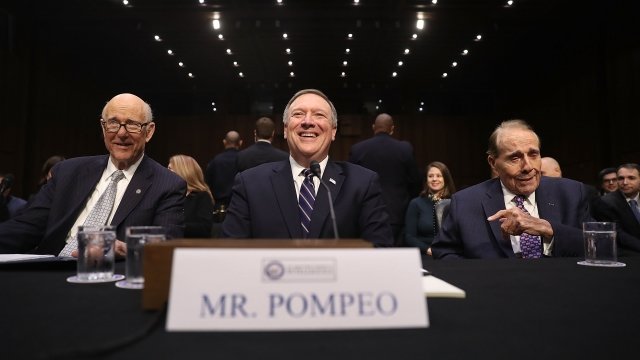 Hours after President Donald Trump announced Rex Tillerson was out as secretary of state, the Senate Foreign Relations Committee set a date for his replacement's nomination hearing.

CIA Director Mike Pompeo's hearing for his nomination for secretary of state is set for April, according to Sen. Bob Corker. Corker didn't specify what day.

Trump tapped Gina Haspel to replace Pompeo at the CIA. She currently serves as deputy director of the agency; if confirmed, she'll be the first woman to lead it.

Sen. John Cornyn said he expects Pompeo will be confirmed. Haspel's hearing has not yet been set.