The Last Migrant Rescue Ship In The Mediterranean Will End Operations 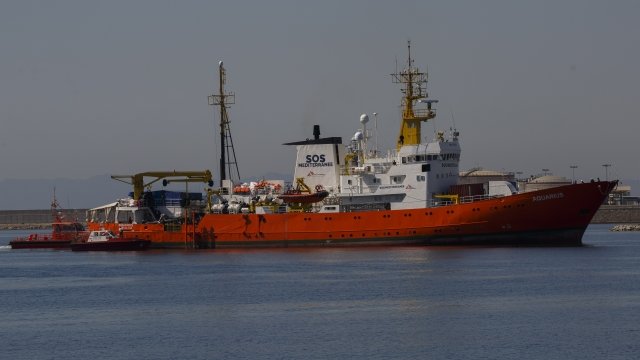 By Andrea Gonzales
December 7, 2018
Doctors Without Borders said the Aquarius will end operations due to what it called "European policies and obstruction tactics."
SHOW TRANSCRIPT

A ship helping migrants seek refuge will be docking its efforts permanently. Doctors Without Borders announced the Aquarius will stop operations, blaming what it called "European policies and obstruction tactics." The Aquarius was the last rescue ship serving migrants in the Mediterranean Sea.

This is the same ship that Italian officials accused of illegally dumping more than 50,000 pounds of potentially "hazardous waste." Prosecutors accused the crew of mislabeling waste to avoid paying more than $500,000 in disposal fees.  The organization has strongly denied the accusations, calling it a, quote, "smear campaign."

Doctors Without Borders’ general director said in a statement, “Not only has Europe failed to provide search and rescue capacity, it has also actively sabotaged others’ attempts to save lives. The end of Aquarius means more deaths at sea, and more needless deaths that will go unwitnessed."

More than 9,000 migrants have died in the Mediterranean since 2016, according to to the International Organization for Migration. The Aquarius has assisted in rescuing nearly 30,000 in that same timespan.