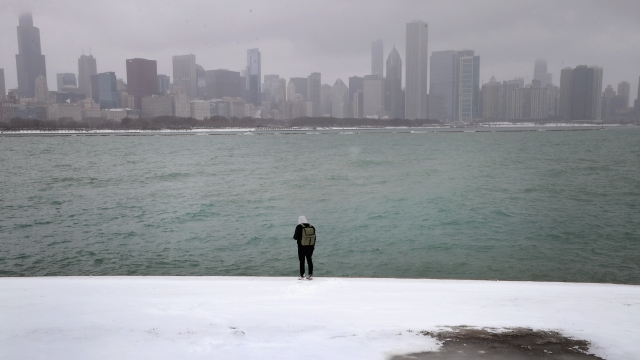 Some 220 million people in the U.S. will be dealing with sub-freezing temperatures this week.

As of Tuesday, at least two people have already died because of the cold — one in Minnesota and one in Illinois. Some schools in the Midwest are closing and hundreds of flights have already been canceled. Wisconsin's governor has declared a state of emergency.

Temperatures in parts of the Midwest and Great Lakes are expected to drop 20-40 degrees below zero between Tuesday and Thursday, with wind chills having the potential to drop even lower. Those areas could also get heavy snow that might lead to "dangerous to impossible travel conditions." The Dakotas are facing blizzard conditions.

Meteorologists say the Midwest and Great Lakes regions haven't seen this kind of weather in decades.