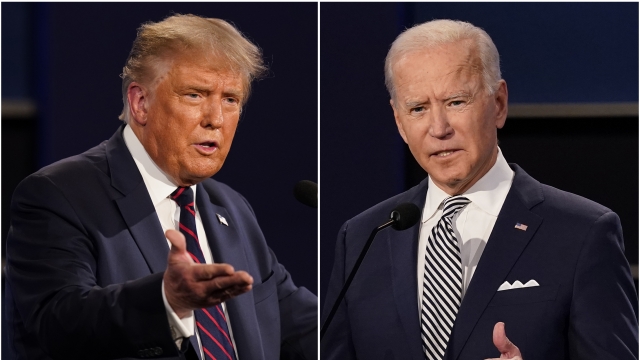 President Trump and JoeBiden will have two uninterrupted minutes at the start of each segment.

The nonpartisan Commission on Presidential Debates says it will impose new rules Thursday for the final debate between the candidates.

President Trump and Democratic candidate Joe Biden will have two uninterrupted minutes at the start of each segment.

During that time, the other candidate's microphone will be muted.

After each candidate's opening remarks, the rest of each 15-minute block will be used for open discussion.

After the first presidential debate, the commission said additional structure should be added to ensure more orderly discussion.

The Trump campaign has criticized the rule change.