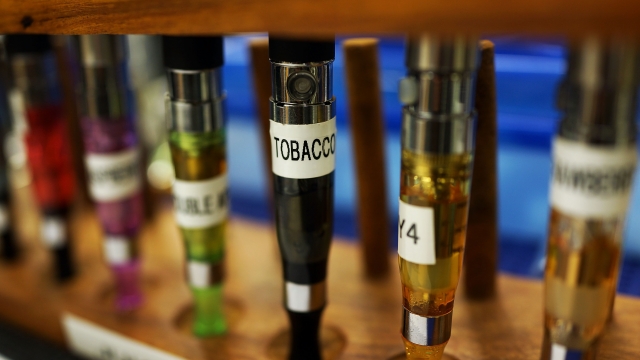 On Wednesday, Michigan became the second state to officially ban e-cigarette products. The new rules prohibit any flavor "other than the taste or aroma of tobacco."

The ban is effective immediately and lasts for 180 days, but it can be extended for another six months. The state's Department of Health and Human Services has filed a request to enforce permanent rules.

MDHHS says retailers and resellers, including online sellers, will have two weeks to comply with the new rules. Retailers are prohibited from using terms like "safe," "clean," "healthy" or "harmless" to describe vape products. They are also limited in the advertisements they use for vaping.

Retailers say the ban is a "catastrophe" and will do irreparable harm to their businesses. Several smoke shop owners told the Detroit Free Press flavored vaping products made up anywhere between 30% and 50% of their business. Some said that many of their customers who quit smoking do so using flavored e-cigarettes.

Gov. Gretchen Whitmer first announced plans for the flavored e-cigarette ban on Sep. 4. Since then, other states have followed suit.

Whitmer said: "I'm proud that Michigan has been a national leader in protecting our kids from the harmful effects of vaping. For too long, companies have gotten our kids hooked on nicotine by marketing candy-flavored vaping products as safe. That ends today. This bold action will protect our kids and our overall public health."

New York became the first state to officially enact a ban on Tuesday, but it doesn't include banning menthol flavor. California has also taken steps toward banning flavored e-cigarettes, but a ban would need legislative approval to take effect.

The Trump administration recently announced efforts to block the sale of all non-tobacco-flavored vaping products. Seven deaths in the U.S. have been linked to vaping, and the CDC says 380 cases of vaping-related illnesses have been reported.