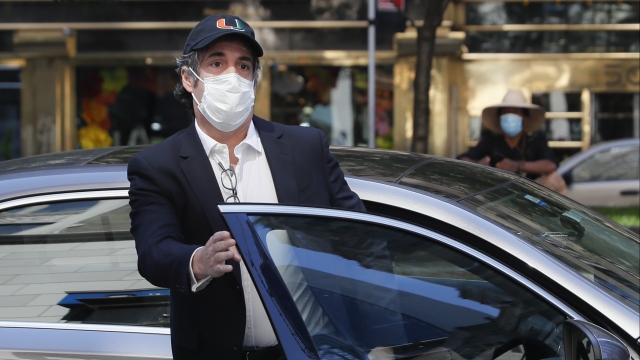 Michael Cohen has cleared the way to publish a book about his time as President Trump's personal lawyer.

Cohen reached a deal with federal authorities Thursday allowing him to release the memoir, which he has said includes "graphic and unflattering details" about the president's actions.

Cohen's currently serving a three-year prison sentence, and the deal lets him give media interviews while he's in home confinement.

This provision is significant, since a legal spat over whether Cohen could speak to the media landed him in prison again earlier this month.

Cohen was released from prison into home confinement in May due to the coronavirus pandemic. However, authorities asked him to sign a gag order preventing him from using social media, talking to news outlets or publishing books. He refused and, as a result, was reincarcerated on July 9.

A federal judge re-released Cohen last week on the grounds that his imprisonment appeared to be a punishment for the planned book, which he wrote behind bars. Federal authorities argued they were trying to prevent Cohen from "glamorizing" his time in prison.

Cohen went to prison in May 2019, in part for paying off two women who said they had affairs with President Trump. He is slated to be released in November 2021.