Michael Cohen May Be Splitting With His Own Legal Team 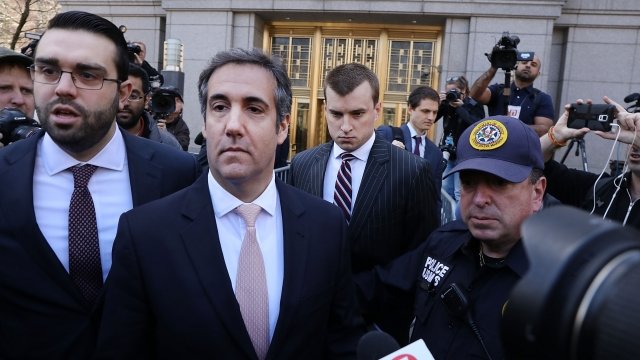 Michael Cohen, President Donald Trump's personal attorney, might be splitting with his own legal team. That's according to multiple outlets.

Cohen has been under criminal investigation for months, but he hasn't been charged with a crime. In April, the FBI raided his home, office and hotel room. Agents reportedly seized some of his personal business records, including information about a payment made to adult film star Stephanie Clifford.

CNN reports Cohen's possible split from his lawyers could "signal a shift in legal strategy." Sources told ABC News that Cohen might be getting ready to cooperate with federal investigators, but of course we don't know who the sources are or what they might know about the investigation.

It's unclear who would step in to replace Cohen's team.