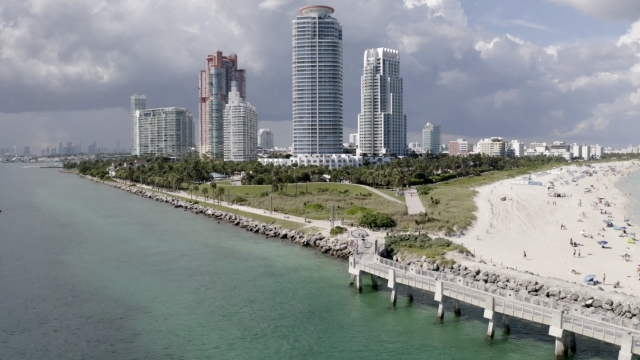 The ocean is starting to drown some of South Florida's most low-lying cities. Climate scientists are skeptical if, in the long term, they're even recoverable. But in Miami Beach, leaders are stubborn.

"Miami Beach is not going to retreat. We are going to mitigate," Roy Coley, the city's head of public works, said.

By "mitigate," he means literally elevate the city: higher roads, higher seawalls and giant pumps to get water that does come in, out.

"The water is here. We're not talking about some theoretical, 'Maybe in 50 years, you may have water here.' It's here today," he said.

The ambitious plan is a reminder that adapting to climate change is expensive, divisive and only an option for the communities that can afford it.