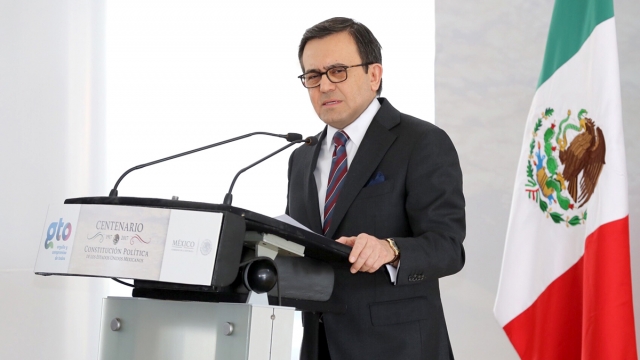 SMS
Mexico Threatens To Walk If US Even Suggests Tariffs In NAFTA Talks
By Ethan Weston
By Ethan Weston
February 27, 2017
Renegotiations of the trade agreement might start in June, but Mexico's minister of the economy says the U.S. better not suggest tariffs.
SHOW TRANSCRIPT

The U.S. and Mexico are preparing to renegotiate NAFTA — the 23-year-old trade agreement among the U.S., Mexico and Canada.

But Mexico's minister of the economy drew a big line in the sand Monday, saying his country will scrap the talks if the U.S. crosses it.

Minister Ildefonso Guajardo told Bloomberg if America threatens to put tariffs on products from south of the border, he'll walk away from the negotiation table.

The Trump administration has proposed putting a 20 percent tariff on Mexican goods entering the U.S. as a way of paying for the president's proposed border wall. 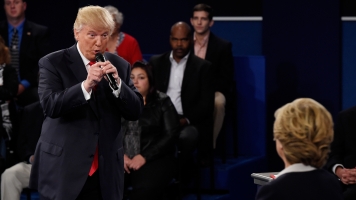 In the past, Guajardo has threatened to respond "immediately" to any tariffs by the Trump administration.

To be clear, the economic minister isn't threatening to walk away from the trade agreement — just renegotiations of the deal. But this might be a tactic to keep the NAFTA-skeptic administration at the table.

Officials in Mexico think renegotiation talks will begin in June.