Mexico's President Says He's Open To Negotiations Over US Tariffs 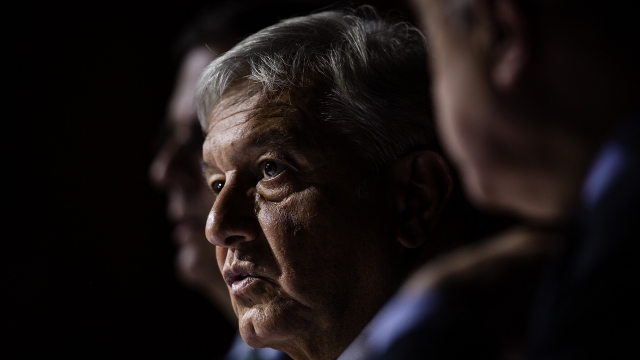 After President Donald Trump threatened to hit Mexico with tariffs on all Mexican imports, Mexico's president says he is willing to negotiate with the administration.

On Thursday, President Trump said he would impose 5% tariffs on imports starting June 10. Those tariffs would gradually rise to 25%. The president's statement said the tariffs would only be lifted if Mexico solved the immigration crisis at the southern border.

At a news conference in Veracruz, Mexican President Andrés Manuel López Obrador told reporters, "I believe we will be able to reach an agreement, because reason is with us ... our country does not deserve that treatment."

In a tweet on Sunday, President Trump called Mexico an "abuser" of the U.S. and said, "America has had enough!"

Mexico is sending delegates to Washington on Wednesday to meet with U.S. officials, including Secretary of State Mike Pompeo. López Obrador and President Trump had not spoken directly as of Friday morning.