Mexico's Homicide Rate Is The Highest It's Been In Decades 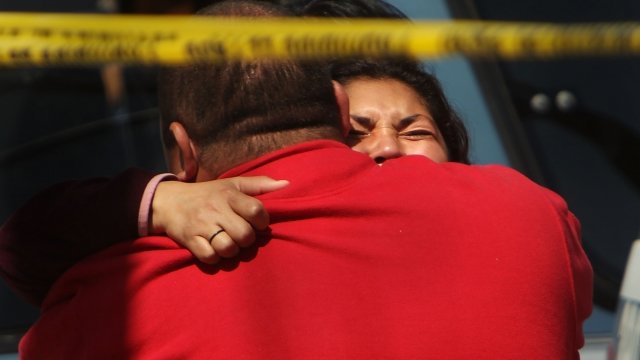 Mexico's homicide rate is the highest it's been in decades.

According to newly released data from a Mexican government agency, Mexico had more than 31,000 homicides in 2017 — out of a population of around 125 million people.

That homicide rate is a 27% jump from the prior year, 2016 — and it represents both accidental and violent deaths.

As for why — Mexico has seen a spike in illegal drug trade, organized crime and corruption in recent years.

President-Elect Andrés Manuel López Obrador vowed to fight corruption and violence during his campaign. Crucially, he also ran on a promise to tackle youth unemployment.

As Newsy has previously reported, López Obrador said he wants to implement a "transitional justice" approach for nonviolent drug offenders and those caught up in the drug trade that would involve education and shorter jail time.

If curious — Mexico's newly released homicide rate of 25 per 100,000 people is actually lower than U.S. cities like Detroit, Baltimore and St. Louis.