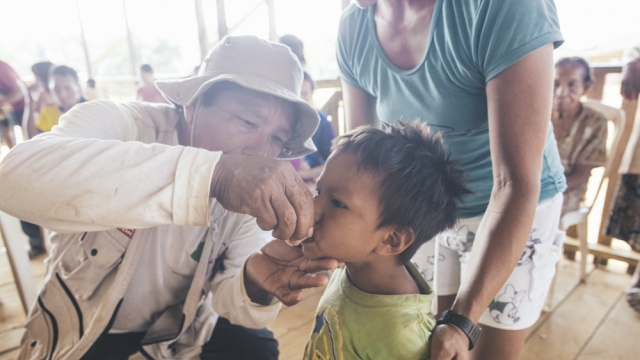 Mexico is the first country in the Americas to eliminate trachoma. So what is that?

Globally, it's the leading infectious cause of blindness. It's caused by a bacterial infection, and if a person gets repeated infections, their corneas could be scarred or they could lose vision entirely.

About 1.9 million people worldwide are either visually impaired or blind from trachoma, according to the World Health Organization. Roughly 182 million people live in areas where they're at risk for catching it.

In Mexico, trachoma affected about 146,000 people. The state of Chiapas actually created a task force of doctors and nurses dedicated to eliminating the disease in 2004.

Known as the "Trachoma Brigades," the task force followed the World Health Organization's SAFE program, which calls for surgery for advanced stages of the disease, antibiotics, facial cleanliness and improvements to the environment. 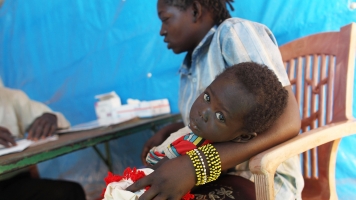 World's First Malaria Vaccine To Be Tested In Parts Of Africa

Efforts to get rid of trachoma worldwide have increased in the last year. Health experts say 86 million people were treated with antibiotics in 2016, compared to 56 million the year before.

Mexico is only the third country, behind Morocco and Oman, to receive WHO validation for eliminating trachoma. The health organization hopes to have the disease completely eradicated by the year 2020.