Mexico Denies Reported Agreement With US Regarding Migrant Caravan 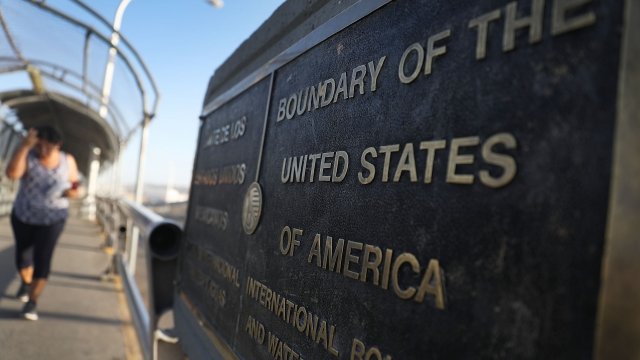 SMS
Mexico Denies Reported Agreement With US Regarding Migrant Caravan

By Katie Cammarata
November 25, 2018
The Washington Post reported on Saturday that the Trump administration made a deal with the incoming Mexican government to let the caravan stay there.
SHOW TRANSCRIPT

Mexico's incoming government has denied a report that it made a deal with the U.S. to let asylum seekers stay in Mexico while their claims are being processed.

On Saturday, The Washington Post reported that the Trump administration made that agreement with the incoming Mexican government, which is set to take office at the beginning of December. The Post's report cited Mexican officials and senior members of the incoming president's transition team.

President Donald Trump even appeared to confirm the deal in a pair of tweets on Saturday.

Migrants at the Southern Border will not be allowed into the United States until their claims are individually approved in court. We only will allow those who come into our Country legally. Other than that our very strong policy is Catch and Detain. No “Releasing” into the U.S...

....All will stay in Mexico. If for any reason it becomes necessary, we will CLOSE our Southern Border. There is no way that the United States will, after decades of abuse, put up with this costly and dangerous situation anymore!

But in a statement later that night, Mexico's incoming interior minister denied the report, saying there's "no agreement of any sort between the incoming Mexican government and the U.S. government."

This comes as thousands of Central American migrants have reached Tijuana, Mexico, which is across the border from San Diego, California. U.S. Customs and Border Protection has reportedly started processing some their asylum claims.

Currently, some asylum seekers stay in the U.S. while their claims go through the court system — a process that can take years.